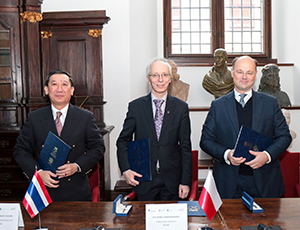 On 18 December 2018 a trilateral agreement was signed between the SOLARIS National Synchrotron Radiation Centre, the University of Applied Sciences Hochschule Niederrhein, Germany, and the Synchrotron Light Research Institute in Thailand. The goal of the consortium established by the agreement is to design and produce components and software for a new beamline and its research end-station.

The future absorption spectroscopy beamline will provide photons in a wide energy range, which will allow researchers to carry out measurements at the edges of absorption of various elements. The research end-station will be used for both basic and applied materials research.

The foreign partners of the Kraków synchrotron are experienced researchers who have been using this advanced method for many years. The institute from Thailand operates the Siam Photon Laboratory – the first synchrotron in this Asian country. The German university was represented by the Institute of Surface Research. The Hochschule Niederrhein is the project leader and main investor, which will be granted preferential access to the future beamline, although it will be mostly used by the Polish scientific community, whose members will be able to gain access to the device via an open competition. As stressed by the agreement signatories, the construction of the beamline will lead to the advancement of studies in many key areas of applied research, at the same time directly contributing to the development of enterprises.

The document was signed by Prof. Hans-Henning von Grünberg, the President of Hochschule Niederrhein, Prof. Sarawut Sujitjorn, the Director of the Synchrotron Light Research Institute, and Prof. Stanisław Kistryn, JU Vice-Rector for Research and Structural Funds. The signatories were received by the Director of SOLARIS Prof. Marek Stankiewicz. The new beamline of the synchrotron should be available for use in 2 years’ time. 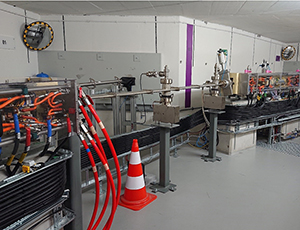 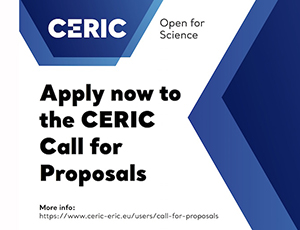 CERIC-ERIC call for proposals is open 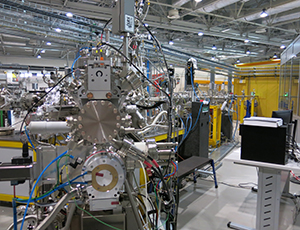 New beamline in the new call for proposals 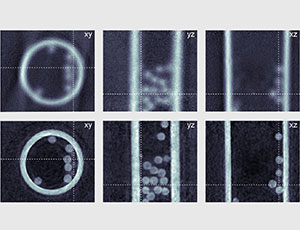 A new dimension of X-ray tomography