Announcement of the SOLARIS NSRC Directorate in relation to Russia's armed aggression against Ukraine. 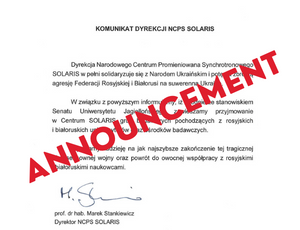 The management of the National Synchrotron Radiation Center SOLARIS fully expresses its solidarity with the Ukrainian people and condemns the armed aggression of the Russian Federation and the Republic of Belarus against sovereign Ukraine.

Therefore, we would like to inform that, in accordance with the position of the Senate of the Jagiellonian University, we are suspending the admission of research groups from Russian and Belarusian universities and research centers to the SOLARIS Centre.

We express our hope of an end to this tragic and senseless war and to return to fruitful cooperation with Russian and Belarusian scientists. 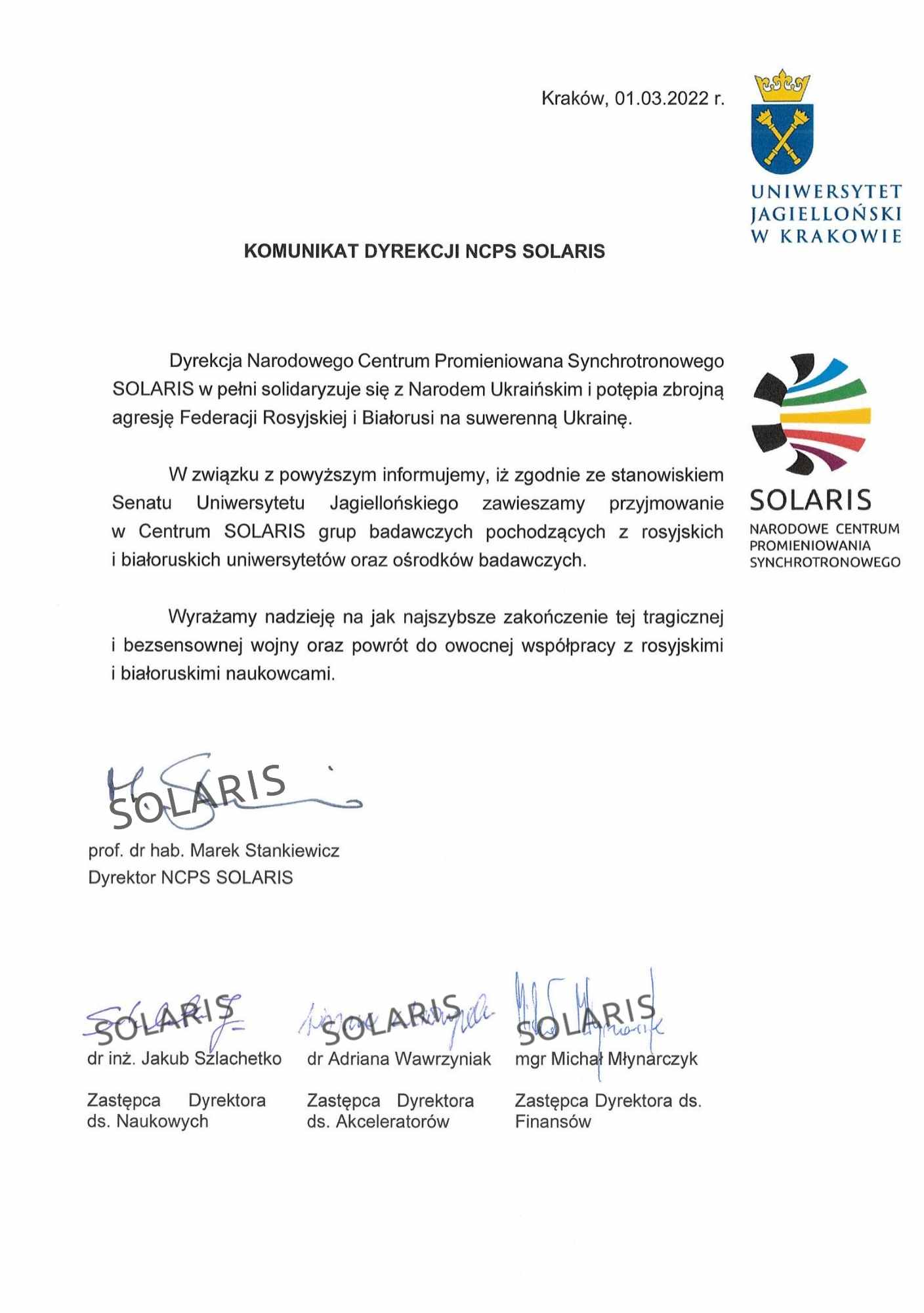