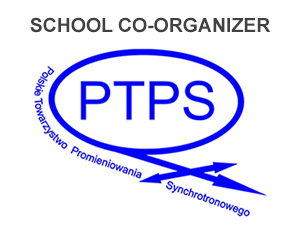 HERCULES - Higher European Research Course for Users of Large Experimental Systems is a school established in Grenoble in 1991 to train young researchers to provide training for students, postdoctoral and senior scientists from European and non-European universities and laboratories, in the field of Neutron and Synchrotron Radiation for condensed matter studies (Biology, Chemistry, Physics, Materials Science, Geosciences, Industrial applications). It includes lectures as well as about 40% of hands-on training  (practicals and tutorials). The annual HERCULES school is organised in Grenoble each year and lasts one month.

In the framework of the CALIPSOplus project, shorter (one-week) schools are organised in Eastern and South-East Europe to enlarge the user community in this area.

The school will be a five-day course taking place from 4 to 9 November 2018 at the SOLARIS National Synchrotron Radiation Centre in Kraków, Poland. The course will consist of lectures and practicals covering topics in synchrotron radiation (mainly techniques available in the synchrotron facility), including:

The school will include three half-days of tutorials and practicals on SOLARIS beamlines.

The course is designed for young researchers working in a field related to synchrotron radiation, coming from institutions in East, South-East European (including EU-associated ones) countries and Portugal. While the school is primarily targeted towards PhD candidates and Post-doctoral fellows, any researcher interested in synchrotron radiation can apply.

The number of participants is limited (24 participants maximum). Selection is based on the advice of the Scientific Advisory and Organizing Committees. After the selection is completed, all registered participants will get an email containing a confirmation or a refusal of their participation in HERCULES-SOLARIS Regional School.

Participants are expected to attend the whole course and to prepare a poster about their scientific work.